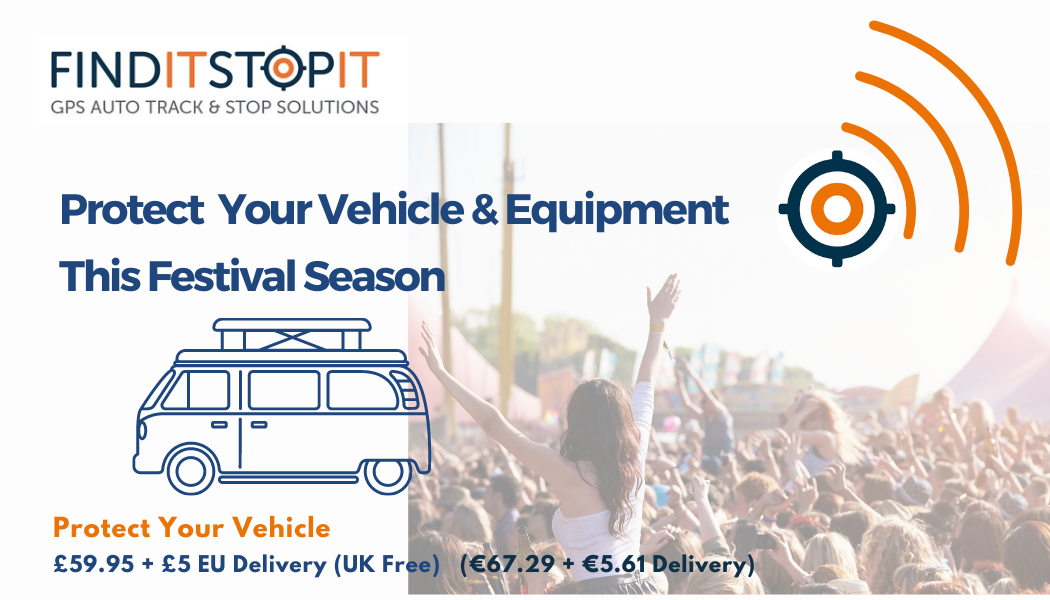 It’s festival season, so many musicians are out on the road with their bands, travelling from venue to venue to perform.  However, this wasn’t quite the case for rock band Gene Loves Jezebel who had their van stolen in Doncaster, full of music equipment.  According to Doncaster Free Press they were due to start their 40th anniversary tour when their van was stolen which contained their music gear and merchandise.  Their van was taken when they stopped at a service station, and now they are without their guitars and drums.   They’ve had lots of offers for loans of musical equipment but they are still without their merchandise that they planned to sell after each gig.
If you are a van owner then do consider installing a GPS tracker.  At £59.95, a Find It Stop It tracker is an affordable way to ensure you can carry on with a day or evening’s work, making it easier for you to recover your vehicle, tools, equipment and in the case of Gene Loves Jezebel, their merchandise too!